Next in my series on "why the hell is housing so god-damned expensive," I'm going to talk about quick and cheap fixes to our current housing crisis, by using excess yard space, and garages full of crap.
Bear with me here. I'm deadly serious.
All the issues we face today stem from the same root cause: the refusal to build more housing in nice neighborhoods, both in city centers like the Upper West Side and in expensive suburbs like Beverly Hills.
The city housing problem is somewhat easier to fix, because cities exist in the spotlight. For the Wall Street Journal or the New York Times or CNN, it's easy for a reporter to parachute into San Francisco or Los Angeles, bang out a story on the housing shortage with thoughtful pictures of the homeless, and have enough time for a martini before catching the evening flight back to Kennedy.
But the suburbs are a harder target, because suburbs exist in the darkness. They're small, fragmented and insular, and no one is interested in schlepping out to Davis, California (pop. 65,000) or Levittown, New York (pop. 51,881) or Bel-Air, California (pop. 9,000) to look into the arcane details of these places' zoning laws. Because suburban governments are virtually unmonitored, the residents can be incredibly aggressive about keeping their neighborhoods frozen in place.
If you, a Bel-Air homeowner, wanted to build a cottage in the back yard for your smartass nephew from West Philadelphia, you'd rapidly run into a buzzsaw of bureaucracy, requiring architects, engineers and lawyers to get involved. It could easily cost $100,000 to get approval for a cottage costing $200,000.
Backyard cottages and converted garages are the perfect targets for suburban governments to outlaw, because they are catnip for power-tripping neighbors. (You know, the kinds of neighbors who call the cops on Mormon missionaries.) If the law requires homeowners to go through public hearings, discretionary review boards, and neighbor approval, the homeowner will just give up. Your average suburbanite doesn't have the patience or the money to hire architects, engineers and lawyers to argue about a stupid garage. So, nothing happens, and the housing shortage gets worse.
But these kinds of housing can be added to the suburbs without much fuss if you just let people do it. To illustrate, let's go to the corner of La Grange and Stoner in West Los Angeles. 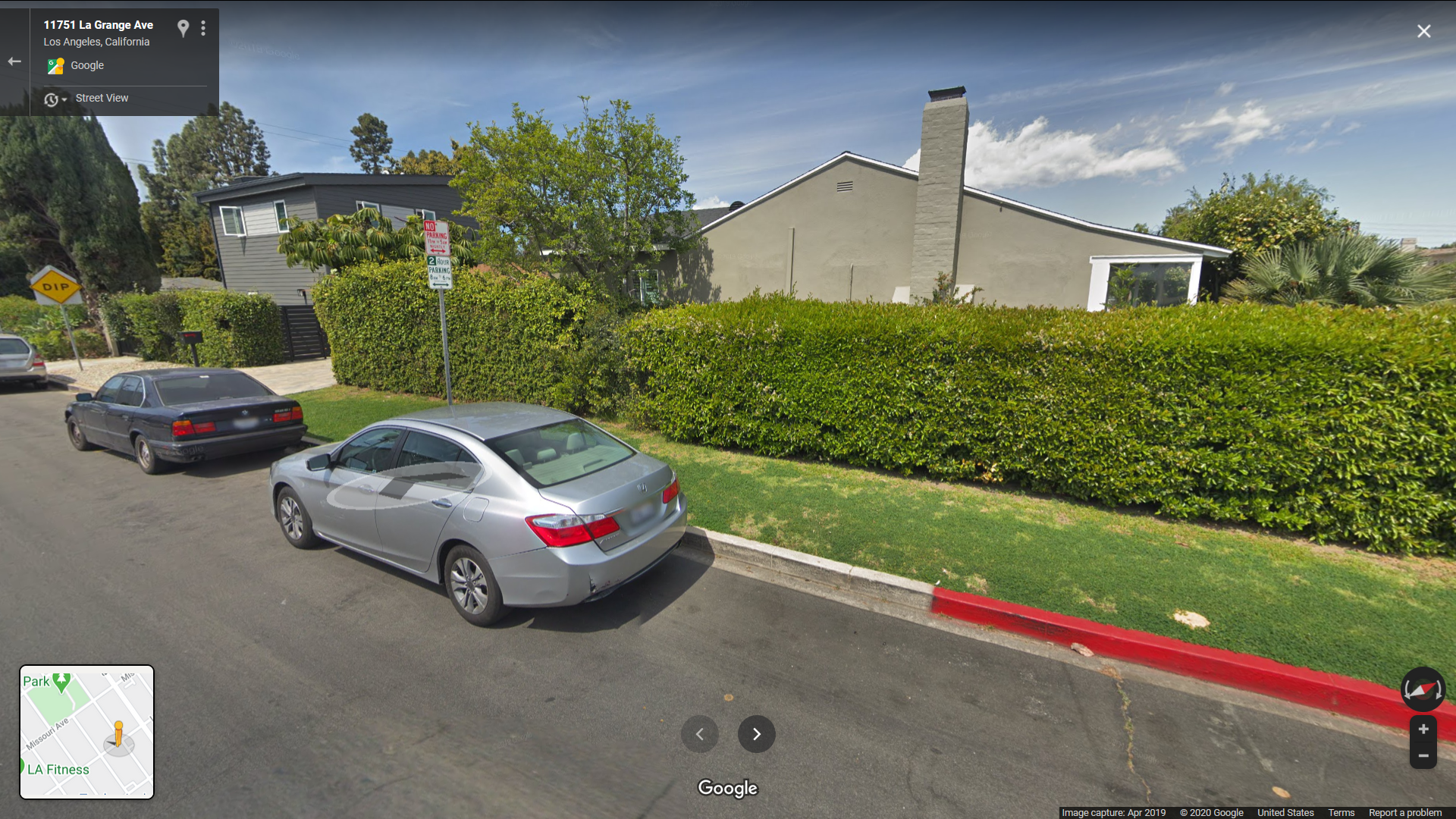 The building on the left is a backyard cottage, and the building on the right is the original house. Would you be able to tell the difference if I didn't point it out? Probably not. It's the same thing with garage conversions. 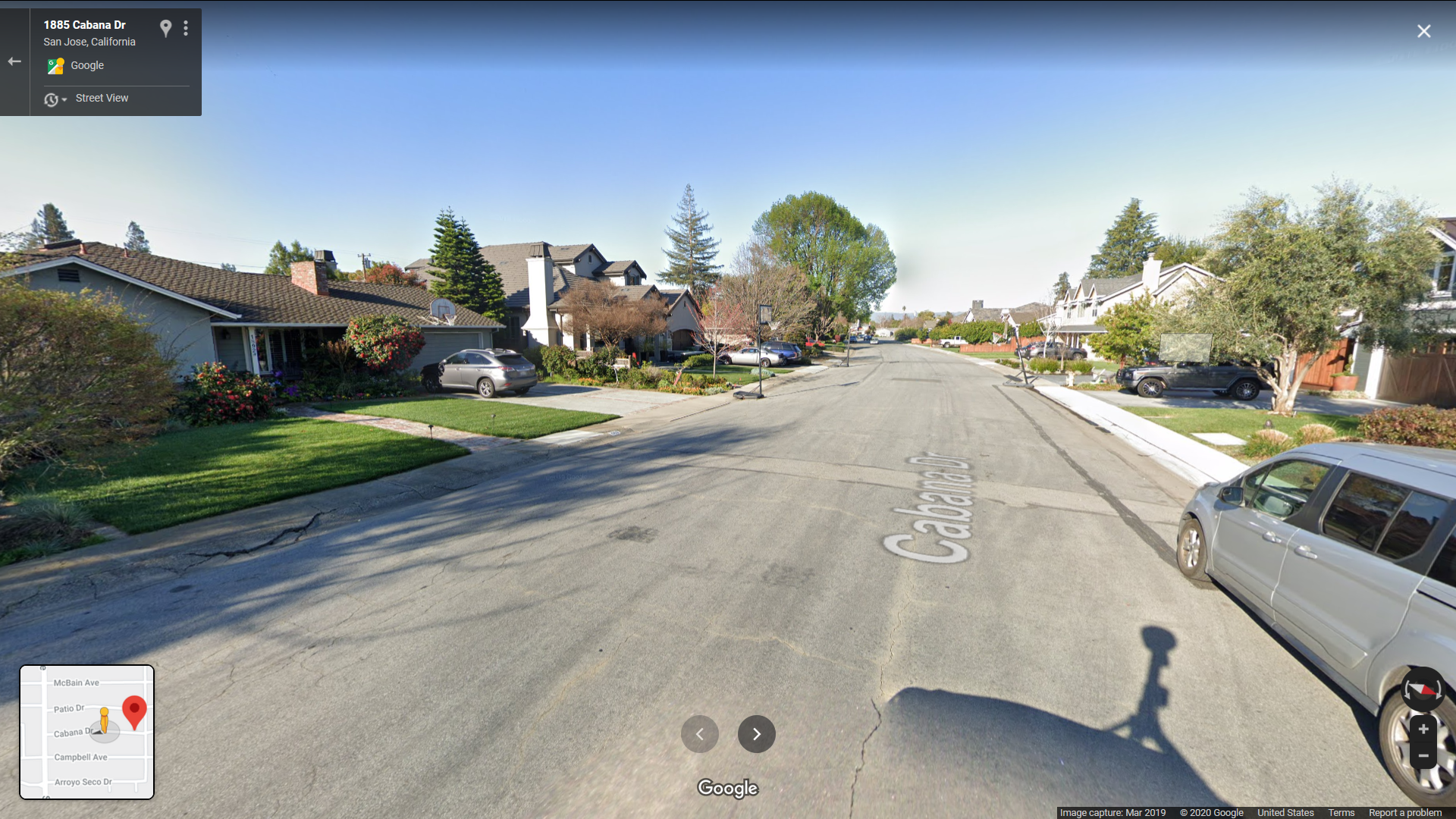 Drive down any suburban street in America, and you'll see loads of people who park in the driveway and never in the garage. More often than not, those garages are filled with junk - old furniture, clothes that don't fit, a Slap Chop. (Maybe you, dear reader, are the one with a garage full of junk. I won't judge.) A standard two-car garage is the size of a modest studio apartment - meaning that it's the perfect size for a tenant like a student or an aging relative.
These kinds of units are also incredibly profitable. Let's run some quick math to illustrate how this can work, using Davis, California as an example. Davis is a rich suburb of Sacramento which hosts a University of California campus. It's safe, the schools are superb, and there's a persistent housing shortage, like in most desirable areas of California. Even today, with the pandemic in full swing, a one-bedroom cottage rents for $1700 a month; a studio, for $1300 a month. Assuming a construction cost of $200,000 for the cottage, and $100,000 for the converted garage, and subtracting insurance and taxes, that's a profit of $30,000 a year - a 10% rate of return.
Until very recently, the only things that prohibited this were the obstructive bureaucrats at the City and the nosy neighbors who run Davis's local politics. The City Council was in no mood to change their tune - Davis's existing homeowners benefited from a housing shortage, after all.
The solution, which California stumbled on a couple years ago, was to override local regulations, statewide. Today, if you live in California and you want to build a backyard cottage, or convert your garage, you file the plans with the city, the city is required to approve it within 60 days, and you start construction. No public hearings. No discretionary review boards. No negotiating with Karen next door.
It's been a hit so far in California. Some cities, like San Diego and San Jose, have embraced this trend, issuing standard pre-approved building plans that an architect can quickly adapt to a site. San Jose has actually taken it one step further, pre-approving individual backyard cottage vendors, so permits can be approved in a week or less.
Backyard cottages and garage conversions are a win for everyone. It's quick, it's cheap, homeowners make money, and new housing gets built. But in most places, they're illegal. And given how suburbs are so fragmented, it's the kind of thing that needs to be fixed at the state level.