A common response I get is when people say, "but Jake, New York is super dense and it still has expensive real estate!  There's no way you could build your way out of the housing shortage!" 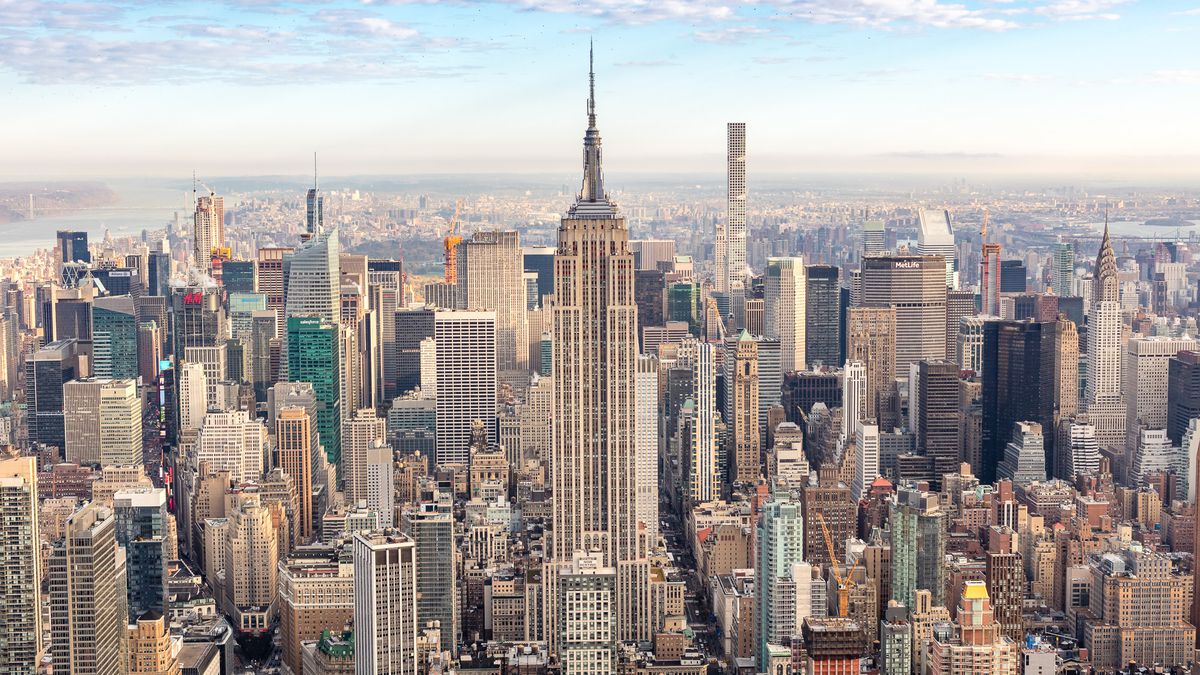 Well, no, that's not right. Let me tell you a story about that.

But before I start talking about the origins of our current housing shortage, I'm going to lay out a couple basic principles of urban development.

First: real estate developers are businesses. They'll build as many units on a property as the market will bear and as the law will allow.  Thus, no one would ever build another Chrysler Building in the middle of a field in the Rockland County suburbs. Nor will anyone ever build a single-family home across the street from Grand Central Terminal, unless the law restricted that land to single-family homes.

Second: in the absence of restrictive zoning laws like the ones we have now, how much gets built generally matches the value of the underlying land.  You can see how this played out in the early 20th century if you take the outbound A train through Brooklyn.  At High Street, right after you leave Manhattan, you have skyscrapers mixed in with 6-story apartment buildings and a few townhouses.   Two miles further out, at Nostrand Avenue, the towers are gone, giving way to six-story apartment buildings and more townhouses.  Keep going outbound to Euclid Avenue on the Brooklyn-Queens border, and it's all short townhouses; take the train all the way to the end of the line at Lefferts Boulevard,  and it's almost all single-family homes with driveways and yards.

This organic pattern of growth used to be normal in New York City. As the city expanded, and its population grew, older townhouses and single-family homes would be torn down and replaced with apartments.

Then a funny thing happened in the 1960s, just as desegregation was becoming a practical reality. Under pressure from local busybodies like Jane Jacobs, and with white flight from the city in full swing, the City Council decided to drastically cut down on the amount of real estate development allowed in rich, white, and rich white neighborhoods.  Then the Council extended those rules to middle-class neighborhoods.  By the early 2000s, the only places left to build lots of new housing were derelict industrial land and neighborhoods full of poor people and minorities.  Today, new contruction is so heavily restricted that most new buildings in the early 21st century are shorter and smaller than their early 20th century counterparts.

Let me illustrate what this looks like in practice.  I'm going to go to Mercer Street and Houston in SoHo.  For those of you not too familiar with NYC, SoHo was a post-industrial mess turned artist colony in the 1970s, and now it's home to millionaires, billionaires, and people who got lucky with their real estate purchases 50 years ago.  On the left is the Ayer Building, built in 1916, with 12 stories.  On the right is SoHo25, built under the modern rules, with, um, 9 stories.  And this is the norm in NYC today.  The NYT did some digging on this a few years back, and it turns out that 40 percent of Manhattan's buildings would illegal to build today because they're too large, too tall or too dense.

This is no way to fix a city housing shortage.

These bad zoning laws, and the byzantine bureaucracy that administers them, is why New York City housing in 2020 is the worst of all possible worlds: it's old, it's shitty, and it's expensive.  There isn't any sign that anything will get any better any time soon.  The root cause of the problem - not enough new housing in desirable neighborhoods - is not getting fixed, and there's very little organized political momentum in favor of, you know, doing something about it.  In rich neighborhoods, new development is targeted exclusively at one-percenters and oligarchs because of the sheer amount of bureaucracy and hassle needed to get anything done.  And when poorer neighborhoods discover that they're in line to be the next Williamsburg, there's a freakout and they go to war to reduce real estate development.  Yesterday, it was Greenwich Village killing off new housing; today, it's Bushwick; tomorrow, it's distant Inwood, way the hell uptown at 207th Street.

But banning new development doesn't actually help that much.  (I should know - I'm from San Francisco.)  Because New York is a global city with lots of well-paying jobs.  And if a family pulls down a quarter-million dollars a year, and wants to buy an apartment, they'll buy one.  The only question is where.

Let's game this out.  We'll assume that our wealthy family wants to buy a 3-bedroom unit - the kind of thing that most upper-class families can easily afford in Houston or Chicago.  And the old rule of thumb is, a family should spend no more than 30% of its gross income on housing.  Thus, on a salary of $250,000 a year, our hypothetical gentrifiers have a budget of $1.25 million, or about $5,800 a month.  If you go on Zillow, there's diddly-squat in your price range in the obvious places for rich urbanites, like Greenwich Village or Soho.

So what does our family do?  I think we all know what their options are.  They might "discover" a traditionally black neighborhood like Bed-Stuy and become gentrifiers.  They might cram into an undersized apartment in a fashionable part of Manhattan. They might leave for the blandness and mediocrity of the suburbs.  Or, they might leave New York entirely - and New York loses the family's ties, talents, and tax revenues.

All of these options suck.

But it wasn't always this way.

If you'll hop in the DeLorean with me, I'll show you what the real estate market was like when NYC actually built enough new housing for everyone.  We'll peruse the classified ads from the Brooklyn Daily Eagle, January 4th, 1963.  (All figures are adjusted for inflation.)  Let's say you're making $3,300 a month - an average person's salary for the period - and you want to rent a luxury apartment in Bay Ridge.  I've chosen Bay Ridge because the neighborhood was, and is, stable, white and middle-class, neither unfashionable nor fashionable, so it's a useful control group.  On Page 17 of the Eagle, you'll see an ad for the brand-new, pretentiously-named Leonardo Plaza on Marine Ave and 96th, a couple blocks from 95th St station on the R train.  The cost? $829 a month for a one-bedroom.  Now, fast-forward to 2020.  Today, the average New Yorker makes $4,250 a month, but if you want a luxury one-bedroom at Marine Ave and 96th, it'll run you $2,250.

New Yorkers take a weird pride in the fact that everyone has an old, overpriced, run-down apartment designed by a space creature who doesn't do Euclidean geometry.  Because everyone knows that in New York City, it's an insane luxury to want a washer-dryer, a spare bedroom, or a dishwasher.

But it doesn't have to be this way.

New York has had housing shortages before, and this one can be fixed as well.

But to do that, a few sacred cows will have to be killed. If New Yorkers don't want the current housing shitshow to continue, we'll have to accept that new housing is good, and that real estate developers will make money building it.  It means taking on the claque of twenty loud assholes who froze Greenwich Village in place 60 years ago.  And it means having a group of civic-minded New Yorkers who put the good of all of us first, rather than our own parochial interests in keeping neighborhoods the same forever.